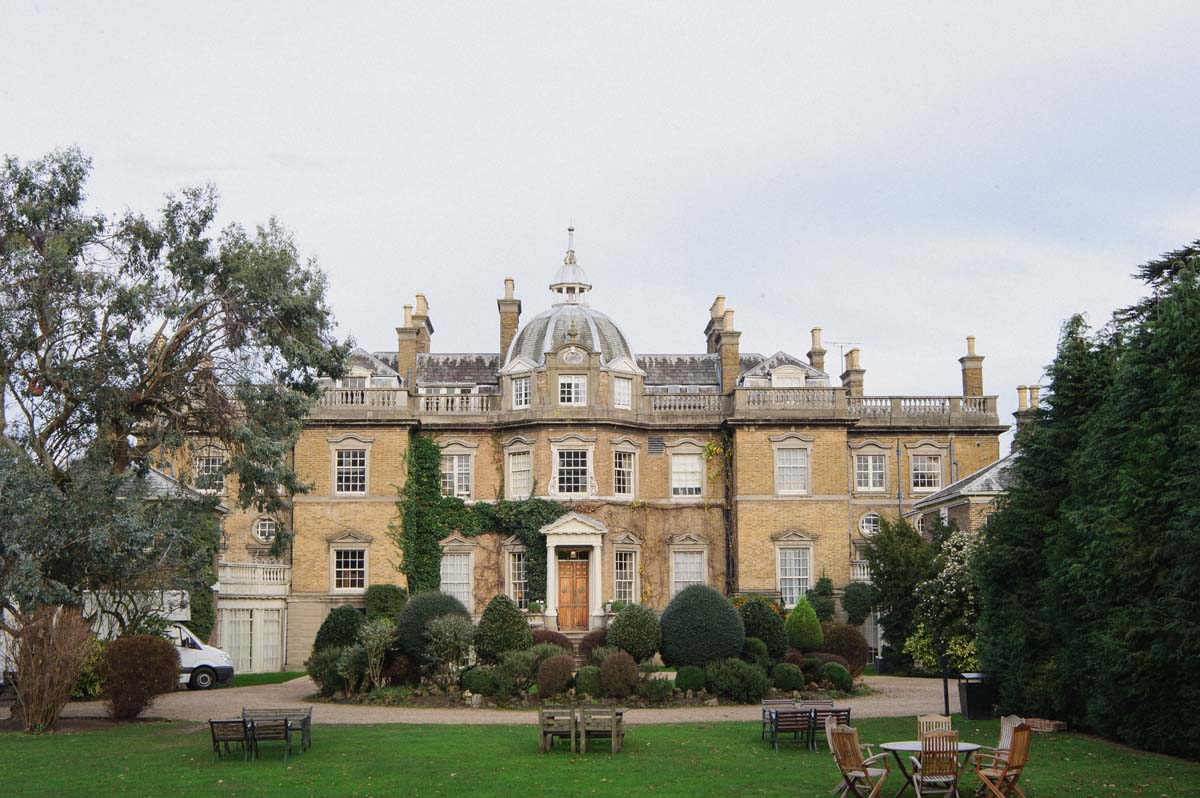 “Hampton Court House is fully licensed for civil wedding ceremonies. The House is a place of dreams. Set in 7 acres of magical 18th Century gardens, it is a hidden secret. The gardens are a sensory delight; palm trees rustling in the breeze, rabbits lazing in the sun, swans gracefully gliding across the heart-shaped lake.”

Surrounded on all sides by parkland, Hampton Court House offers total exclusivity and privacy for your special day. There really is nowhere quite like Hampton Court House. The grandeur of the interior and an air of eccentricity about the place make you feel as though you’ve stepped into a Lewis Carol story.

Built in 1757 by the 2nd Earl of Halifax, Hampton Court House was intended as an extravagant gift for his beautiful mistress, Anna- Maria Donaldson. The Earl met Anna-Marie while she was singing at London’s Marylebone Gardens. Rumour has it that the Earl was so impressed by her, he reportedly ‘fainted with ecstasy’.

The house was designed by the renowned architect of the time Thomas Wright, who was also responsible for a number of other very special period features, such as the heart shaped lake and the exquisitely decorated shell grotto. The grotto served as a summerhouse, which was the venue of many moonlit parties. Today the grotto is a rare blend of two upper class obsessions of the time; Rococo garden design and shell collecting, and makes a great backdrop to a few portraits as you take a stroll around the garden after your ceremony.