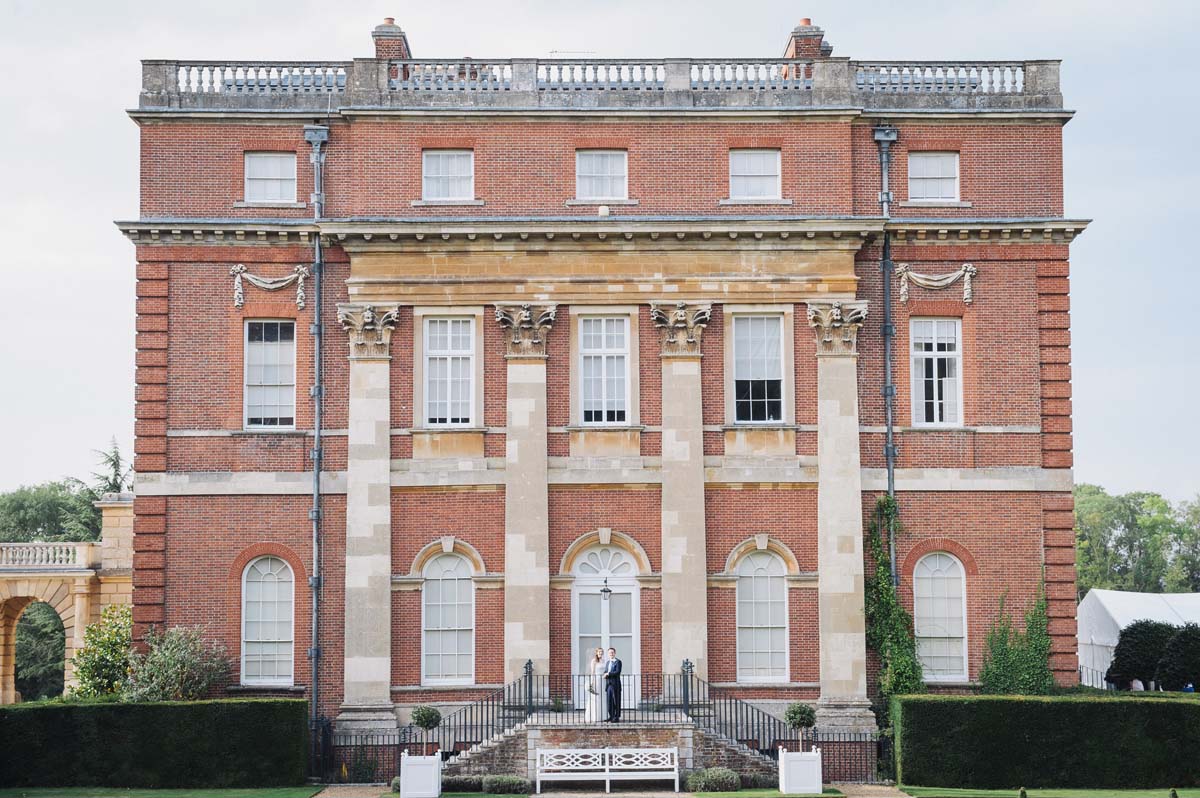 A spectacular Palladian mansion, Clandon Park sits in extensive grounds at the foot of the Surrey hills, transporting guests into a world of tranquility and luxury. Clandon Park is renowned as one of Surrey’s most prestigious wedding venues and is particularly noted for the events team’s attention to detail and ability to deliver top class food and service in a beautiful location. Clandon Park’s clients enjoy a full event planning service which leaves nothing to chance.

The house was built, or perhaps thoroughly rebuilt, around 1730–33, designed by the Venetian architect Giacomo Leoni. The estate had been bought in 1641, together with Temple Court Farm at Merrow, by Sir Richard Onslow, MP for Surrey in the Long Parliament, from Sir Richard Weston, canal builder & pioneering agriculturalist, of nearby Sutton Place.[2] The new building was commissioned by the great-grandson of Sir Richard Onslow MP.

Clandon Park’s interiors, which were finished into the 1740s, feature a two-storey Marble Hall, containing marble chimney pieces by the Flemish sculptor Michael Rysbrack. Since being presented to the National Trust, the house has been extensively restored and redecorated under the direction of John Fowler. The building now houses a fine collection of 18th century furniture and porcelain, and the Ivo Forde Meissen collection of Italian comedy figures and Mortlake tapestries and other textiles and carpets. The building also houses the Queen’s Royal Surrey Regiment Museum.