Farnham Castle is one of my favourite local venues to work at. No matter what time of year, it always looks stunning. So why, I hear you ask, have I chosen this example of rather alternative wedding photography as one of my favourite frames from Ian and Hinna’s wedding at Farnham Castle back in February? Well, as well as making sure I capture all the most important points of the day, I’m always on the lookout for those more quirky, unconventional moments. The shot above came about during the middle of the day, before guests were seated for the wedding breakfast. Hinna had returned to her room to change into traditional Indian dress for the evening, and Ian and his groomsmen had taken the opportunity to slip into something more comfortable, by putting on superhero t-shirts (a running theme throughout the day) underneath their wedding attire! What I like so much about this particular shot is the connection between Ian’s groomsman/Spiderman and his son in the background. I love how the son looks on, slightly disapprovingly, while his dad looks so excited. The  conventional father/son relationship is reversed, but I also see in the eyes of the rather conservatively dressed boy that this probably isn’t the first time his dad has caused him such embarrassment.

After having spent a bit more time with the picture after the wedding, I was reminded of an image by one of my favourite photographers Nick Waplington (below). In the late 80’s Waplington spent several years documenting two working-class families on a council estate in Nottingham. The pictures he took are raw but also reveal lighter moments in the lives of both families, like the image below. Dressed in his rather makeshift Superman outfit the boy of the family prepares to take flight with his rather startled pet rabbit under one arm! I like how in both photographs the context is quite mundane. In my picture the guys’ transformation took place in a somewhat bland conference room, filled with office furniture, while in Waplington’s picture the young boy is shown making his ambitious escape from the ordinariness of domestic life surrounded by drying laundry and wobbly concrete paving slabs. 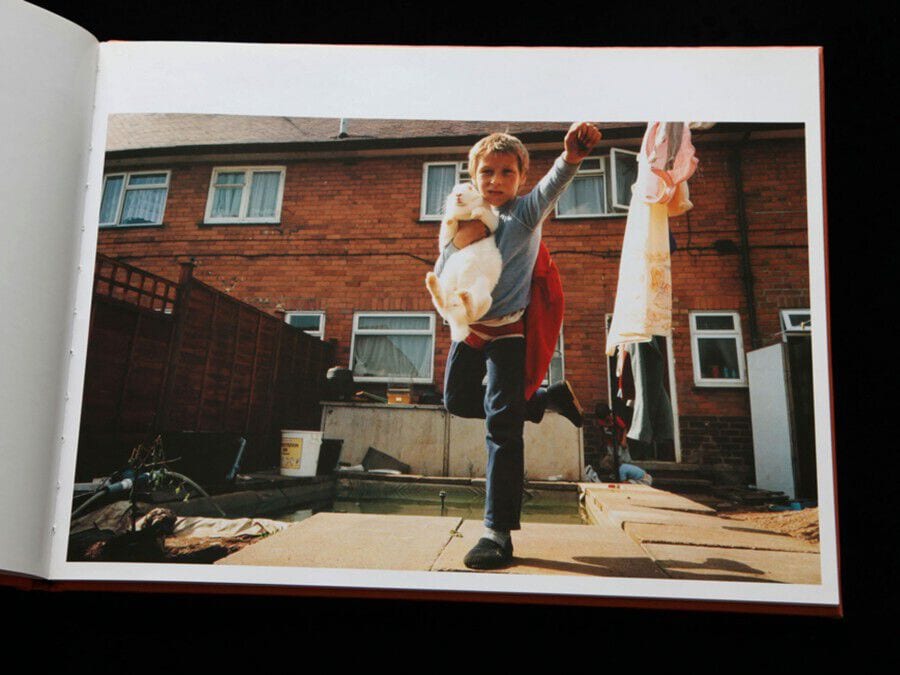 Read about some of my other favourite wedding frames from a church wedding, Northbrook Park and Malcesine Castle here.